I know, I know, Hump Day is technically Wednesday of any given week. But for some reason, today feels like the Hump Day of the month. Especially this month. It's the last week of normal life, more or less, before the two weeks of Holiday. For people in school, it's the end of the semester. For me, it's the last week of regular work for the month. Turns out I got hired just after they made the work schedule for the holiday hours, so I'm not on it. On the one hand, I'm sad because hours and having something to do with my life. On the other, sleeping for one whole day sounds like a spectacular idea right now after having to be a productive adult in spite of being sick.

That's what they never tell you about being sick, when you're a kid. As a kid, you get to take a break from life. Yeah, it sucks to feel bad, but you get taken care of to a degree that it almost doesn't matter anymore. When you're an adult, you still have to function as a person and feed yourself and stuff. This weekend was fun, getting to go and get the tree and decorate and stuff. But I didn't really get to do the stuff I was planning on, because I was too tired.

I don't know. My brain is all over the place tonight. I was also thinking about looking back. Not just back to when I was a kid, like my post on Saturday and my musings on sick days. Also back to just a couple of years ago, or even last year. I haven't gone back and read my posts from last year's Holidailies, but I know a lot of it was about finding a job and a place to live. How much has changed in that year, and how much has stayed the same?

Today, I was putting up the Christmas decorations that my roommates bought for me last year. We were all in the process of transition at that point, them with moving and me with not wanting to move but careening towards the inevitability of it. It was the longest I'd stayed in one place since I moved to college the first semester. But I knew things had to change, and my utter lack of employment was a bit of a hindrance to me staying there.

So I moved. I didn't want to, and Lord knows I didn't want to stay in the place I moved to for as long as I did. That was a bit more of a transition time than I was planning for. But since I also went through two jobs and a period of searching while I was there... it was a bit of a necessity. It's hard to move out when you have hardly any income, or none. I am so incredibly thankful that I ended up in this condo with Aunt Cindy, because it provides a solid place for me to get my feet under me. Hopefully for good this time. I would really love to jump and not fall for once. That would be great.

The job with kids is a start. It's not everything, because of the hours restrictions. But it's something that gets me past zero. My goal for the beginning of the year is to find a second job that has a flexible schedule that can compensate for the income and also not conflict too terribly much.

And in the meantime, it's only a week until I have a chance to take a breath. Blogging is going to get fun during some of these days. If I get on for long enough to write a "hey, I blogged!" post, don't be surprised, lol. Long car trips with spotty data en route to long parties are not the best recipe for deep thought.

Anyways, I'm going to finish this now before I ramble more. But first, pictures of my Christmas Tree! I'll let you guess who furnished the TARDIS ornament and lights... And then the last picture is of the decorations from my roommates last year. I call it Tree-ception. 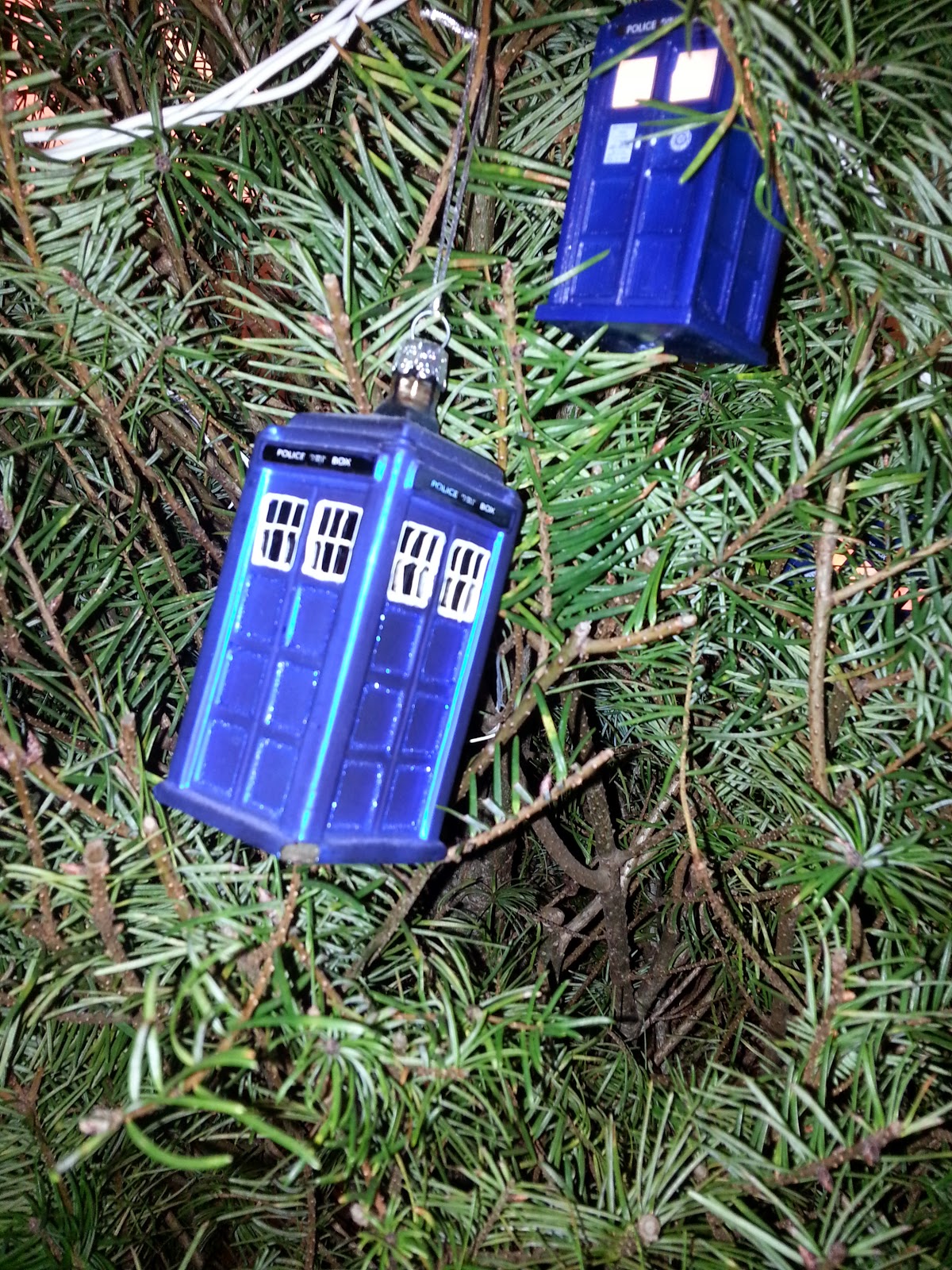 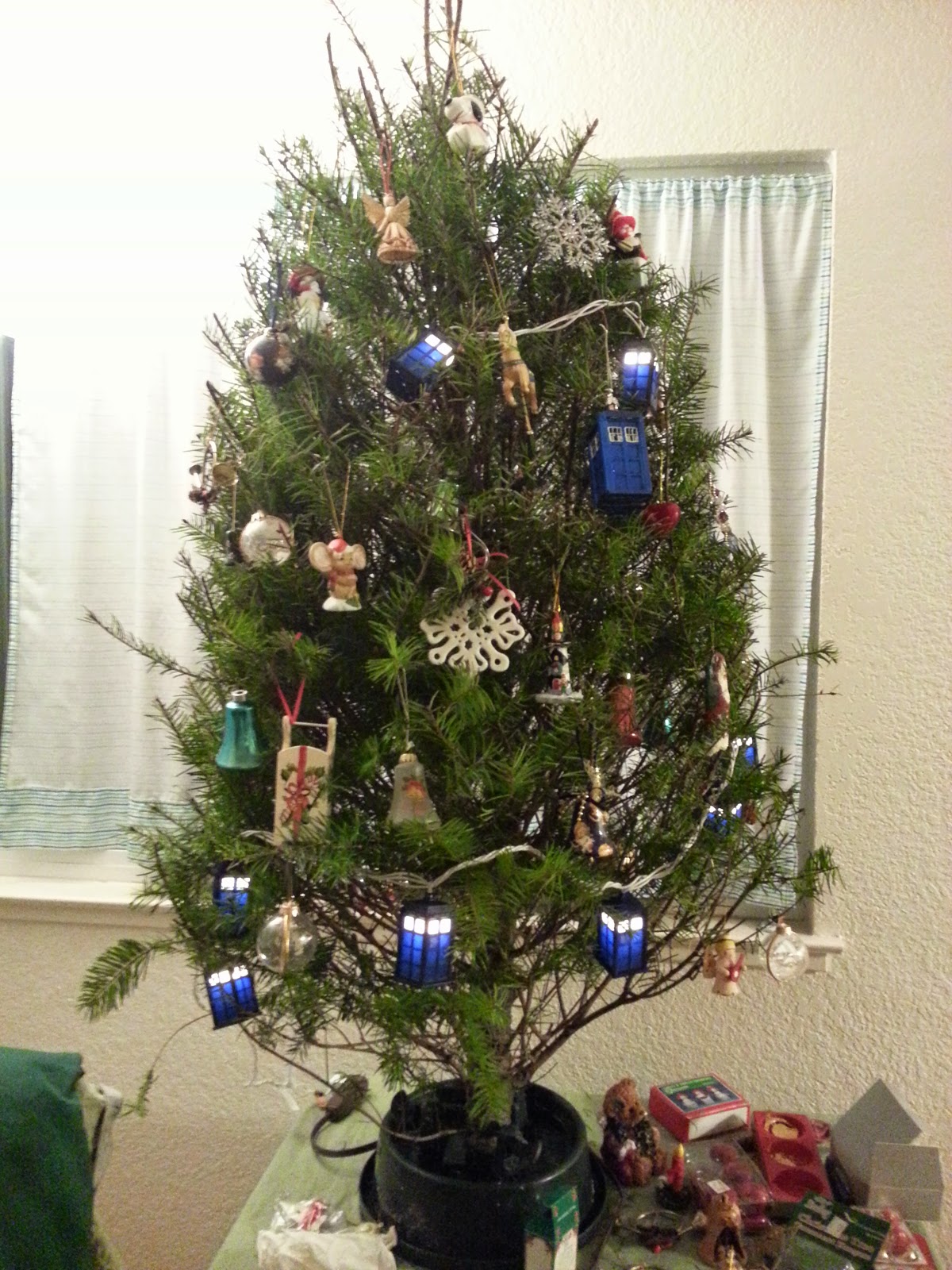 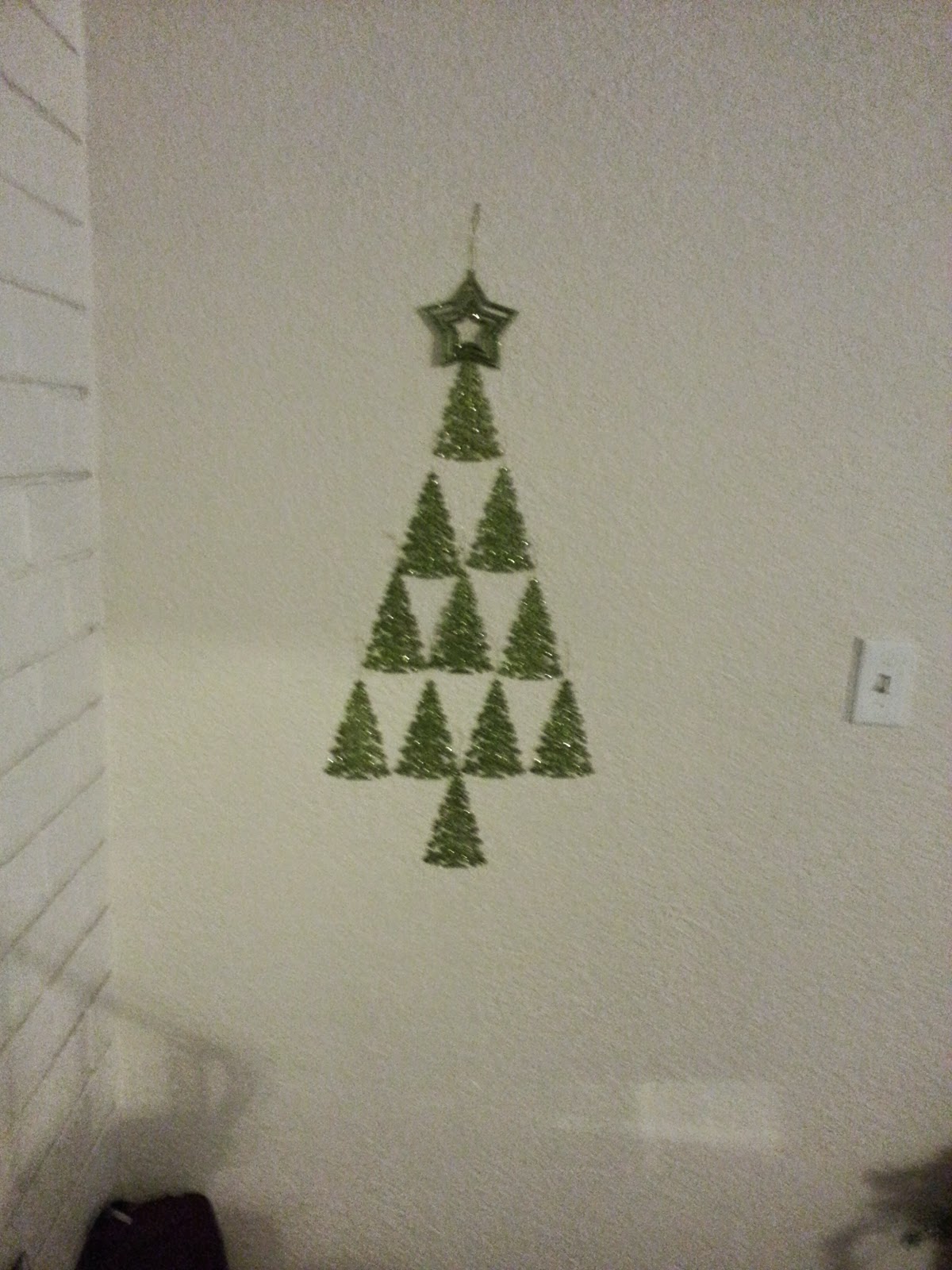